Operation No Sanctuary by James Moushon is on Kindle Unlimited! Read for Free.

The Amazon Kindle Unlimited! Showcase is a special feature of the Author's Spotlight. It is designed to highlight Spotlight author's Kindle Unlimited! novels and short stories.
Simply go to the right side of the book page screen and click the Read for Free button.

Author James Moushon is a self-published Mystery Author of the Jonathon Stone Mysteries. Also, he is a Short Story writer and an Author Advocate. James is the creator of the industry blogs: The Indie Author's Corner, the HBS Author's Spotlight and the HBS Mystery Reader's Circle.

A gang war erupts in East LA between neighborhood gangs and the notorious MS-13 gang from San Salvador and a Mexican cartel from Tijuana is right in the middle of the conflict. CIA Agent Jonathon Stone is assigned the operation. He joins a crime task force to try to stop the violence and capture the cartel leaders. Along with FBI Agent Jodi Shannon, he pursues the elusive Raul Romero, the cartel kingpin who he has been after for a decade.

Drug trafficking, gang shootings, and politics all play a role as Jonathon battles the sanctuary city LA which seems to protect the innocent and the guilty.

Excerpt:
Excerpt from Operation No Sanctuary

Twenty-One. My favorite words unless the dealer is looking at her hole card. I was on a great run which doesn’t come too often. The dealer kept busting and I kept raising my bet and the Jack and Cokes kept appearing at my elbow. The Ocean Queen Casino was my sanctuary.

Being an at-large agent for the CIA had its perks. Of course, tomorrow I could be anywhere in the world. Actually, tomorrow was the day for our weekly phone conference so I was safe until 0900. My boss, Russ Evans, would be prompt.

I liked the freedom but I liked the action more. I am a part of the DOT division which is the domestic unit of the CIA. We handle terrorism matters that originate outside the country.

And you are asking me if that is legal? It’s not. And it’s not a well-kept secret either. Yet here I am in the Long Beach area living in the shadows.

I motioned to the cocktail waitress for one more. This would have to be my nightcap. Jill was back in a flash. “Here you go, Jon,” she said, taking a long look at the stash of chips in front of me. I put a five dollar chip on her tray as she brushed against me.

I had about two thousand in black and green chips so she had higher expectations. “Not tonight, Jill,” I said to myself. I was going to cut and run shortly.

The next morning came quickly. I made it to the back patio with my coffee just in time to catch the first ring of my cell phone. Wiley was controlling the calls, taking roll and passing along the weekly code word. Sometimes I got confused with this process but Wiley had my back. The regular agents used the code regularly. Me, not so much.

“Good morning, gentlemen,” Russ said in an authoritarian voice. “Before I get too far into the briefing, I want to talk directly to Agent Stone.”

That comment got my immediate attention. I could hear him asking Wiley if I was there in the background.

Russ continued. “Last night we had two murders in East LA. I know that’s not very unusual but the LAPD and now the FBI are trying to identify the deceased. The victims had false ID’s on them and the documents were excellent forgeries. In fact, they were so good that the FBI got called in and they traced them back to one of our old ops. The ID’s were made by the Romero Cartel in Tijuana. They are a merciless group of thugs and they are right in the middle of a drug war with a gang in LA.”

He paused for a second. “Agent Stone, this is the group you were chasing several years ago in Mexico. The Feds have a meeting to setup a task force at the FBI office downtown LA at two this afternoon. I want you to get involved. We have to stay to the sidelines on this one. Oh, and Agent Jodi Shannon is in charge of the FBI portion.”

I could hear someone on the other end chuckling. That damn Wiley. He knew about Jodi and my history.

“I would love to snag Raul Romero,” I said.

I remember Romero, I thought to myself. In 2006, I was involved in a gun sting. We were selling guns through straw purchases, trying to trap Romero’s Cartel into using the guns for their illegal activities. Unfortunately, the op went sideways and the guns wound up back in the states. We concluded that Romero got tipped off someway about the sting and resold the weapons to gangs in Southern California. This deal in LA could give us another shot at Romero.

Book Reviews
James Moushon's "Operation No Sanctuary," is a novel quality story packed into an hour of reading. The story is as fresh as this morning's headlines and the writing first rate. Like all of Moushon's stories, the characters are captivating and the stories entertaining. 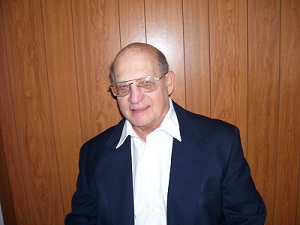 Author Description: James Moushon is a Mystery writer and an Author Advocate. All his novels and short stories feature CIA Agent Jonathon Stone.

The blog's purpose is to help authors get exposure in the book publishing industry. He has interviewed and showcased over 600 authors to date.

Mystery Reader’s Circle
The HBS Mystery Reader's Circle provides information about the latest novels and what is coming next from a collection of Bestselling and Outstanding Authors in the Mystery, Thrillers, Historical Fiction and Crime genre.

Indie Author's Corner The Corner is a collection of Author advice and studies including Marketing, Social Media and other major topics created to help writers in today's ever changing world of book publishing.

Vella Words Blog
The purpose of this blog is to help readers gain exposure to the Kindle Vella platform and to showcase authors with Kindle Vella Series. It will provide series descriptions, author bio and contact information plus their book lists.

Posted by James Moushon at 8:44 AM 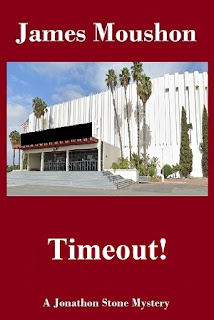