Today the HBS Author's Spotlight is showcasing Anna Celeste Burke's Georgie Shaw Cozy Mystery Series. These are some of the BEST DEALS from outstanding Authors for the Kindle at Amazon. 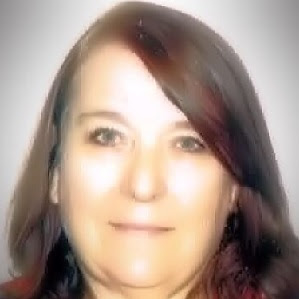 Welcome! Join me to get a free eBook--just copy & paste the link: http://www.desertcitiesmystery.com

Life is an extravaganza! figuring out how to hang tough and make the most of the wild ride is the challenge.

On my way to Oahu to join the rock musician and high school drop-out I had met in San Diego and married in Tijuana, I was nabbed by the police as a runaway. When the police let me go and the rock band broke up, my husband and I had to find another way to survive. Our next stop: Disney World where we trained to be chefs, courtesy of the Walt Disney World University. A GED for my husband and many more years of education landed us in academia at The Ohio State University. Retired now from my role as a professor in social work and behavioral science, I have picked up a long-time interest in writing fiction. I'm still married to the same sweet guy and live with him in the Palm Springs area. In addition to reading and writing fiction, I enjoy painting, hiking, hanging out with my handsome husband and tending to my Siamese kitties. 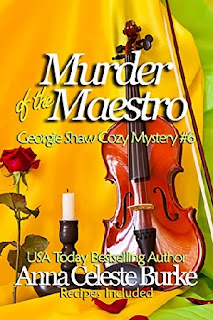 Murder of the Maestro

In good spirits at a gala marking his retirement, Dave Rollins disappears later that night. His beautiful home overlooking the Pacific Ocean is trashed—not just searched, but vandalized, too. The maestro’s old friend and boss, Max Marley, wants answers!

At the crack of dawn, Max calls Georgie Shaw and Detective Jack Wheeler distraught, demanding that they help solve the mystery of the missing maestro. When Dave Rollins’ body is found on the rocks below his Malibu cliffside estate, Georgie and Jack are pulled into another whodunit.

Who killed Dave Rollins? Did a secret from the maestro's youth catch up with him decades later? Or did a scorned woman, a jealous rival, a disturbed fan or someone else murder the maestro? 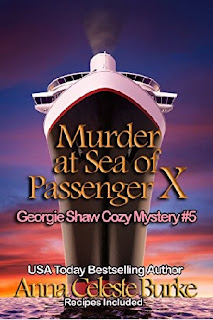 Murder at Sea of Passenger X

Welcome aboard! Georgie Shaw and her handsome new husband, Detective Jack Wheeler, are living it up on Marvelous Marley World’s luxurious cruise ship when trouble strikes. "The screaming came in bursts followed by shouts of man overboard, just like in a movie." Who is passenger X? Did he fall or was he pushed? Does it have anything to do with the rash of jewelry thefts or the murdered man found near the spot where Passenger X went overboard?

With a killer on the loose, Georgie and Jack are soon enlisted to help solve the case. It's a non-stop scramble to unravel the mystery before Georgie's eccentric boss, "Mad" Max Marley, arrives in Tahiti demanding answers. That won't be easy since Passenger X isn't the only one with a dubious identity as the list of suspects grows.

That list includes Georgie's old friend Chef Gerard and his striking blond, blue-eyed Sous Chef, Paolo. Masters of five-star cuisine and wizards with chocolate, are they cooking up more than sumptuous feasts and banquets of desserts? How about the guy in the Perroquet suit or "Monster Marston," a standout in the fitness center?

It's all hands on deck to figure out whodunit. Even Georgie's cats get involved in the action on board this cruise that comes with a boatload of mystery! 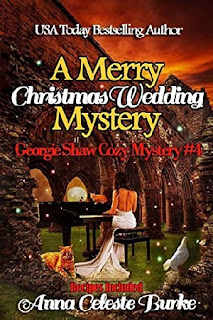 The star of Marvelous Marley World's latest live-action feature film goes missing! What in the World is going on?

There’s less than a month to go before Georgie Shaw and Detective Jack Wheeler’s Christmas wedding. With Georgie’s boss “Mad Max” Marley involved, the whole affair becomes much more complicated. Determined to keep the wedding plans from being derailed, Georgie pays Max a visit on the set of Marvelous Marley World’s newest feature film, The Lonely Swan Prince. The sudden disappearance of the movie’s leading lady plunges Georgie and Jack into the middle of a mystery. Where’s the missing diva? If she didn’t vanish on her own accord whodunit and why? 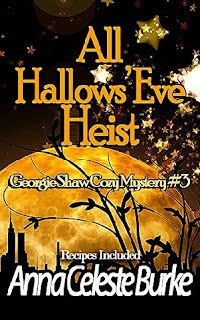 It's the end of date night for Georgie Shaw and Detective Jack Wheeler when they're both summoned to the scene. Gunshots fired in the tunnels beneath Marvelous Marley World signal more trouble as trigger-happy thieves head for the theme park. With the Halloween Hullabaloo-Boo in full swing, the pressure's on to catch the culprits before they can get away with their cache of stolen treats or unleash dirty tricks on unsuspecting park guests.

A message from the grave has everyone stumped. That's not all. Figuring out whodunit could take a little extra work. The park is packed, and everyone's in costume, including the bad guys. Will Jack and Georgie nab the faux-furred fiends before they can wreak more havoc or escape? 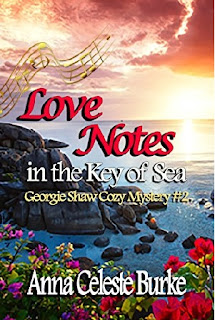 Love Notes in the Key of Sea

Georgie Shaw and Detective Jack Wheeler have a second chance at love—despite the fact they met during the investigation of a Murder at Catmmando Mountain. Decades earlier, Georgie lost the love of her life in an attack on the beach that left one man dead and two others missing including her fiancé, Danny Farrell. When Georgie returns to Corsario Cove, more than memories haunt her as a song Danny wrote just for her echoes in the air: Love Notes in the Key of Sea. Who else, other than she and Danny could know that song? A new mystery brought Georgie and Jack together, will an old one drive them apart? 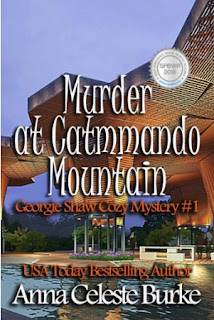 It's not easy doing Public Relations for Catmmando Tom, a famous cartoon cat. When they find a dead body at the foot of Catmmando Mountain in Marvelous Marley World's Arcadia theme park it's a PR nightmare! Still, Georgie Shaw loves working at the "Cat Factory," but when someone frames her for murder more than her job is at stake. Who's out to get Georgie? Can she and the handsome detective, Jack Wheeler, figure it out before there's more trouble at Marvelous Marley World? Whodunit? Get your copy of this fun fast-paced novella to find out!

RECIPES INCLUDED AND ALWAYS FREE TO READ ON KINDLE UNLIMITED

Some links may be connected to Associate sites. Sponsored by: HBSystems Publications
Publisher of ebooks, writing industry blogger and the sponsor of the following blogs:
HBS Author's Spotlight
eBook Author’s Corner
HBS Mystery Reader’s Circle
Posted by James Moushon at 6:09 AM