These are some of the BEST DEALS from outstanding Authors for the Kindle at Amazon. 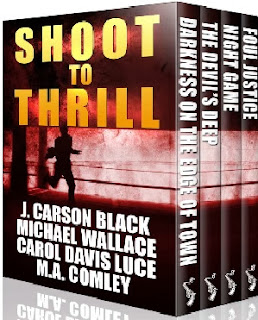 DARKNESS ON THE EDGE OF TOWN (J Carson Black)
When CI Laura Cardinal is called in to investigate the murder of a fourteen-year-old runaway found murdered in a park, Laura knows immediately she’s up against a cunning sexual predator. Worse, the incident has her confronting ghosts dredged up from her own past. Then another child goes missing--and Laura must put aside her own conflicting emotions and race the clock to find her. A Daphne du Maurier Award nominee.

THE DEVIL'S DEEP (Michael Wallace)
Chad Lett is a mute witness to an attempted murder. He suffers from total paralysis, locked within a prison of his own mind. After years of silence, he establishes contact with a young nurse's aide through a single blinking eye. But then she is abducted, and a staff member begins to administer dropperfuls of cleaning solution into Chad's lone communicating eye…

NIGHT GAME (Carol Davis Luce)
Nevada. The King's Club resort casino is a playground for gamblers with everything to gain … and the hunting ground for a shadowy killer with nothing to lose. An expert at undercover surveillance, PI Kasey Atwood is drawn to the sensual, enigmatic owner, Jay King, who's placed his bets on her talents. As their love affair heats up, though, she becomes a pawn in a game of passion and revenge that puts her heart -- and her life -- at risk.

FOUL JUSTICE (M A Comley)
Before DI Lorne Simpkins can get comfortable with her new partner, the two are assigned a tragic murder case that looks like a robbery gone wrong. Further compromising Lorne's focus is the personal news that her fiancé, M16 agent Tony Warner, is involved in a dangerous covert operation in Afghanistan. Then another wealthy footballer's family meets the same deadly fate within twenty-four hours, and Lorne must bring all her resources to bear to stop the killers… 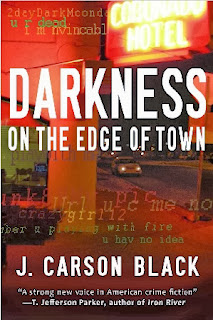 Darkness on the Edge of Town

Used to be kids played outdoors until time for dinner, now social media's the new game in town. These days, they play on their smartphones. But with more freedom comes greater danger. Mobile devices are a conduit into a child's life, not just for friends but for those who intend harm. This is the message of J. Carson Black's Daphne du Maurier Award-nominated thriller, DARKNESS ON THE EDGE OF TOWN.

When Laura investigates the murder of a fourteen-year-old girl found in a town's park bandshell, she knows immediately what she's up against: a cunning sexual predator. But why is she plagued by the abduction of a schoolmate eighteen years earlier?

In a runaway case that propels Laura from a lavish Tucson estate to the secretive heart of a northern Florida town, she must confront the ghosts of her own past. Then another child goes missing--and Laura must race the clock to find her. 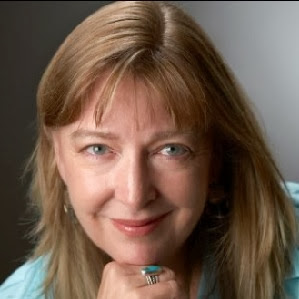 Author Description:
Hailed by bestselling author T. Jefferson Parker as "a strong new voice in American crime fiction," J. Carson Black has written fourteen novels. Her thriller, The Shop, reached #1 on the Kindle Bestseller list, and her crime thriller series featuring homicide detective Laura Cardinal became a New York Times and USA Today bestseller. Although Black earned a master's degree in operatic voice, she was inspired to write a horror novel after reading The Shining. She lives in Tucson, Arizona. 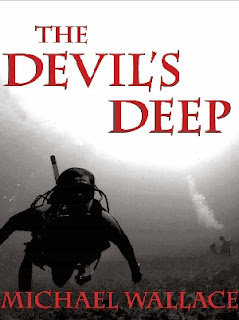 Chad Lett is a mute witness to an attempted murder. He suffers from total paralysis, locked within a prison of his own mind. After years of silence, he establishes contact with a young nurse's aid through a single blinking eye, but then she is abducted and a staff member begins to administer dropperfuls of cleaning solution into his communicating eye.

A heart-pounding thriller that will stay with the reader long after the last page is turned, the Devil's Deep is a top rated suspense that travels from the hell of a long-term care facility to the rain forest of Costa Rica. And a crime committed under tropical waters, the dive known as El Bajo del Diablo--the Devil's Deep. 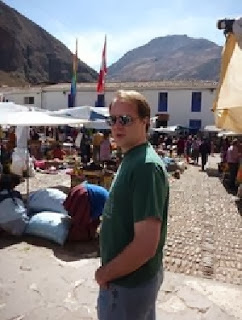 Author Description:
Sign up to Michael's New Release Mailing List here: bit.ly/10ZDLZ2 (Simply cut-and-paste that address into your browser) and receive a free copy of the Righteous novella "Trial by Fury." Your email will never be shared and you will only be contacted when a new book is out.

I've trekked across the Sahara on a camel, ridden an elephant through a tiger preserve in Southeast Asia, eaten fried guinea pig, and been licked on the head by a skunk. In a previous stage of life I programmed nuclear war simulations, smuggled refugees out of a war zone, and milked cobras for their venom. I speak Spanish and French and grew up in a religious community in the desert. 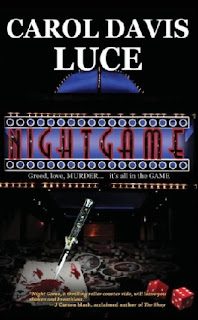 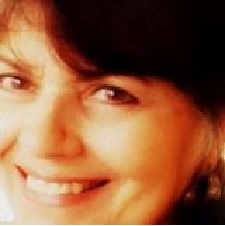 “A dandy read,” wrote author Tony Hillerman. It went into three printings and became the flagship for the sub-genre “Woman in Jeopardy” at Kensington Publishers–strong heroines pitted against evil opponents.

Short story collections: BROKEN JUSTICE and FOR BETTER, FOR WORSE. Carol Davis Luce lives in Sparks, Nevada with her husband, Bob, and their psycho cat. 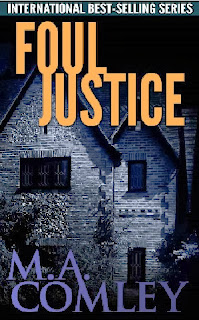 Detective Inspector Lorne Simpkins is back on the force. Before she can get comfortable with her new partner, newly-promoted DS Katy Foster, the two are assigned a tragic murder case that looks like a robbery gone wrong. However, when another wealthy footballer's family meets the same deadly fate within twenty-four hours, it is clear the crimes involve something far more sinister.

Keeping her focus on unravelling the complex case isn't easy for Lorne when she learns news that throws her personal life into a spin--her fiancé, M16 agent Tony Warner, is involved in a dangerous covert operation in Afghanistan. But innocent people are dying on her patch, and someone must catch the killers. Lorne can't allow this Foul Justice to prevail. 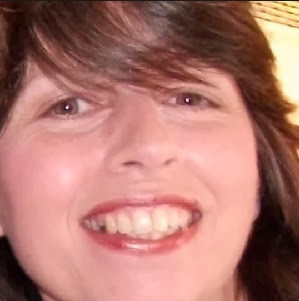 Author Description:
Independent writers have known for some time that the publishing world is changing. No longer do writers have to await the whim of an agent and then a publisher before their cherished work sees the light of day.

This is a double edged sword, of course. It means that a lot of drivel is out there on Kindle and self-published. But it also means that complete gems have come to the attention of readers who would never have had the chance to read the author concerned. Some of these authors have attracted the attention of agents who, attracted by the author’s sales figures, have decided to jump in and offer a contract before someone else does.One of these authors is Mel Comley, a Brit living in rural France. Ms Comley gave up her job in retail a decade ago and, in the wake of a traumatic divorce, moved with her mother to a country they had never even previously visited.

After renovating a few houses, she decided on a different path. Ms Comley took a creative writing course, following her life’s dream, and began to write.

But if there is something to be said about Ms Comley, it is her solid work ethic and her determination never to give up. “It’s tough when you’re first starting out. You have no idea if you’re any good. I started off writing romances and I had a good response from Mills and Boon for one, but then I decided to change tack to thrillers.”

She uploaded her new crime novel, Impeding Justice, to the wannabe writer site, Authonomy and waged a fierce campaign, spending all day, every day, in front of her computer to get her novel to the top of the chart and under the gaze of a Harper Collins.

Authonomy is a networking site as much as a talent site and Mel worked hard to see that her story of a British female cop chasing down murder, kidnap and human trafficking was as recognised as it should have been.
Sponsored by: HBSystems Publications
Publisher of ebooks, writing industry blogger and the sponsor of the following blogs:
eBook Author’s Corner and HBS Author's Spotlight

Posted by James Moushon at 6:24 AM