Today our blog puts the Spotlight on Author Ann H. Barlow. She is a bestselling author of the The Guardian's Chronicles.


Author Description:
Ann Henrietta Barlow was born in Dumfries, Scotland and moved to England at the age of 14 and currently lives between Norway and Dubai with her husband Guy.

After working for several years as an accountant and then as an independent consultant for computer accounting packages, Ann changed course and worked as a Marketing and Communications Executive based in the Finance Sector.

Her love of reading and movies encouraged Ann to start writing at an early age but after starting a family and with a busy career writing was put on the back burner. The character Sahara Driver was first conceived while Ann was living full time in Dubai and the concept for

The Guardian’s Chronicles took root a short time later. The complete series is scheduled to be complete by mid 2013. Ann has traveled extensively and become familiar with many different cultures and the book takes place in several countries over four continents.

You can contact Ann directly if you want to discuss any aspect of the series at Fans Cafe. 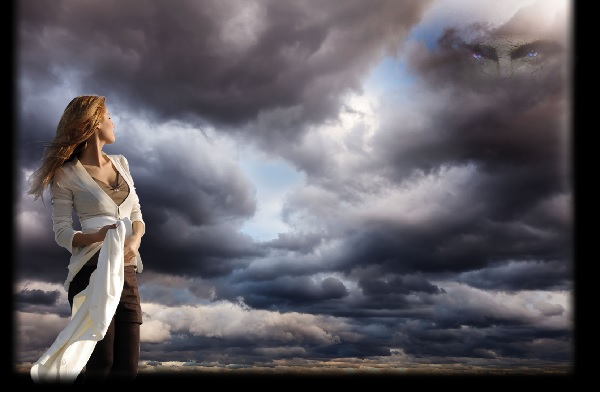 SPOTLIGHT Questions and Answers with the Author

Let’s start with what’s next. Rumor has it that you have another book on the horizon called Resurrection, another book in The Guardian’s Chronicles. Can you tell us the timeline for its release and give us a little tease?

Resurrection is ready for publishing now. I can't say about the release as I have just signed up with an agent.

As the series goes on it becomes more and more fantastical, and Resurrection starts to introduce you more to the world of the Guardian's and also sees Go'el become involved with magic in a bid to get even with his father (Barak).

Sahara really comes into her own in this book, and she wants to use her power as she sees fit and not be dictated to. She is also out for revenge on Barak and will stop at nothing to do so.

You have a great following on twitter. How important have your social media relationships been? Do you see a carry over to your writing success?

I value social media it's a great way of getting yourself known. You meet a lot of really fantastic people who are extremely innovative. I just love the enthusiasm of the people I talk too.

Do you do book signing, interviews, speaking and personal appearances? If so, when and where is the next place where your readers can see you? Where can they keep up with your personal contacts online?

Again, I have just signed up with an Agency and I will be doing book signings and interviews and personal appearances. As soon as I have a schedule I will let everyone know on twitter and Facebook and on my website.

You have unique covers. How does your book cover creation process work? Do you hand over the basic theme or do you have more of a hands-on approach? Do you get your readers involved in its development?

I have a designer who I give my ideas to and we work together, although I do tend to go with her ideas.

You have a great book trailer. (See links below.) Do you know how much impact it had on your book’s success? Tell us about the process that you used to create your trailers? They look very professional. Do you use the trailer in your character development? Are the pictures and background the way you see your characters and scenes?

I can't really tell whether the trailer has had a great impact as it's been on the site since the beginning, but the trailer was made after the book was complete and the characters were very much developed.

The pictures and the backgrounds are very much how I see the characters and the scenes. We are working on an update to the first trailer and then we hope to produce the next 3 trailers for the subsequent 3 books in the same vein.

What kinds of writer support groups do you belong too? Do they help with the writing, marketing and the publishing process?

I have relied heavily on the feedback that I got from Goodreads and Smashwords. The readers have really been fantastic and have read the books in the early stages before I had them properly edited as I have been traveling and have not been in one place long enough to get involved with a writing group. I don't know how I would have managed without the support that I had from them.

I had good experiences, in the sense that I got feedback and that was the whole point of the exercise.

When I start a book I have more or less got the story in my head. I take some time deliberating before I get to the typing stage. My first draft is usually just the outline of the story and then I fill in the meat second time around, although the characters are firmly set in the first draft. There may be some new ideas added as I go on that will make the plot more exciting, and as some of the character's develop I might think they deserve a bit more involvement that I initially intended or a bit less if I don't find them that interesting.

I don't use any special software, but I am very systematic, you need to be when you have 4 books in a series especially.

Does living in Europe create any unique selling and marketing situations? Where is your biggest audience? Does marketing online help in situation?

I haven't really pushed with marketing the books, and have been surprised how they have been received, especially as they are my first works, or at least the first work I have had published.

I have been more concerned with getting the story finished. 4 books is quite a commitment and it was important to me that the story was told and that it would not lose pace. Originally there was going to be 3 books but I think it works much better with 4.

My biggest audience is in the US and then the UK at the moment, but I have sold books as far afield as the Philippines, Dubai and in India.

Do you publish your books in other languages? How is your audience abroad?

The books are only in English at the moment; however, I hope soon that will change. I have sold books in Europe where a lot of people are able to read English. Although the story is about a young girl from a small village in the UK it does take place in several countries and does have International appeal.

I like the idea of the Fan’s Café. What is your goal in setting it up online? Explain to readers how they can get involved in the Café.

When I originally started Fan's Cafe, it was to encourage people to talk about the book. As I say I haven't really been marketing the book but there are a lot of members on the site. I think that it will take a lot more before people start to discuss the book at length. I am told that it's not until you finish the series that all this occurs.

If anyone wants to join they can link in on the website http://www.theguardianschronicles.com/fans-cafe/ and any comments will be welcome, or if they wish they can contact me direct. 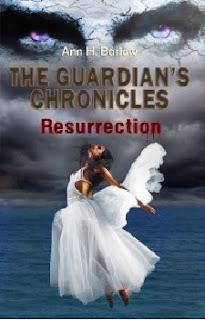 After being unable to accept Romero’s advice to put the past behind her Sahara continues to seek vengeance on Barak.

Go’el is determined to fulfill his destiny as pertained by ancient scrolls held by a Tibetan monk and uses Sahara in an elaborate plan to get the other Guardian’s approval to obtain his goal and to fulfill his own need for revenge against his father, and his burning desire to be reunited with his mother, Cassandra.

As Barak continues to wreak havoc in an already desperate world by reversing the the magnetic field causing further mayhem and destruction, and bringing industry to a grinding halt Sahara and Go’el work together to bring about his downfall.

Colin takes a trip to London and inadvertently comes across Go’el in a very unusual place that arouses his suspicions and ends up in Thailand having lost his memory. 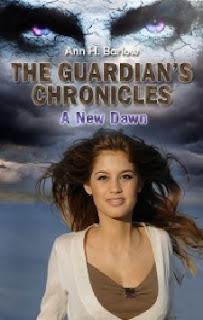 A New Dawn - The Guardian's Chronicles
Sahara Driver is about to discover just why terrible things continue to happen to her.

After walking away from an abusive relationship Sahara seemed to have turned a corner, but there are unexplained events that the young artist cannot ignore.

When she reaches out her hand and objects seem to come to her at will Sahara tries to fob it off as her vivid imagination. After all how can an ordinary young girl suddenly possess supernatural powers?

When she hears a voice in her head, Sahara puts it down to a few too many glasses of wine.

It’s not until an evil face in the form of a dark cloud appears in her kitchen she acknowledges there is something extremely sinister going on. Now she must face the monster that is pursuing her and her only ally is the voice in her head she can no longer ignore. Sahara must prepare to free her benefactor Romero – A Guardian who has been sent to earth to protect mankind from the fallen Guardian Barak, who is set to destroy civilisation and plunge mankind back into the darkness of the 12th Century. With danger lurking in every shadow, Sahara must develop her newly found powers and carry out her charge, or the world that we know will be lost. ~~~

“A New Dawn is a fantastic read; with captivating narrative, great descriptions, and characters you come to think of as real.” - Rebecca Lovatt

”I want to be Sahara Driver! Not only is she gorgeous but she gets to kick some serious ass.” – Rita West

“The narrative here has an immediacy to it that, when combined with the very dramatic plot and characters you feel you know personally, is incredibly compelling.” – Harry 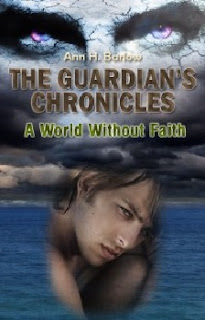 Posted by James Moushon at 7:19 AM