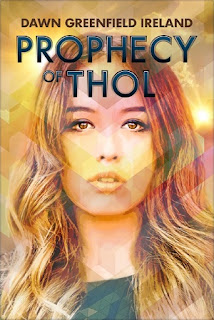 Recurring nightmares haunted D’laine Jackson when she woke from an eight-month coma following a tragic accident. Four images were branded in her head: a dark-haired, handsome princely young man, a fierce reptilian monster, a white furry creature whose red eyes implored her with some unspoken message, and an ominous black robot.

Now, five years later, D’laine was getting ready to go off to college. During one last shopping trip with her father and brothers for dorm supplies, a blanket of fog rolled out of the sky at the mall, in broad daylight in plain sight of dozens of witnesses. When the fog pulled back D’laine was gone.

When she woke, her nightmare turned into reality.

Excerpt from Prophecy of Thol

The old leather high-backed chair squeaked as Victor Bennett settled down at his desk to read his current copy of the Journal of Applied Physics. Victor’s home office was his sanctuary—peaceful, comfortable with a hint of lemon wood polish, and most of all, convenient—it beat the commute twice a week.

Buffy, a tan-and-white pit bull with a face of white hair showing her age, slept on a dog bed in front of the wall of overflowing, floor-to-ceiling bookcases. Buffy had one ear pitched up; always in watchdog mode.

Certificates and awards adorned the walls, including a framed photo of Victor with famous British theoretical physicist, Stephen Hawking. Science prizes and exquisite images from space shuttle missions and the Hubble telescope completed the room.

Victor reached over to the dark cherrywood desk and grabbed a mechanical pencil. His eyes rested on a silver framed photograph on the corner of his desk. It was a reminder of a bygone time. If the house ever caught fire, he would rescue that picture before he would grab his cell phone or laptop.

The picture depicted a handsome man in his late forties, a striking blonde teenaged girl in an unusual silver-gray formed jumpsuit, two young towhead boys, and a nerdy looking darkhaired guy, about twenty-five, in sloppy clothes with cockeyed, black-rimmed glasses from being glued together so many times.

The girl’s eyes haunted him.

He raked his thick sandy hair with both hands as he stared at the photo with a tenderness akin to longing.

Victor managed to pull his gaze back to the magazine. He let out a ragged breath, clicked the pencil to extend the lead, opened the cover and flipped to an article. He underlined a sentence and then turned the page and spied an advertisement for academic staff at The Whitting Institute in Los Angeles.

Clicking his mechanical pencil again, Victor perused the ad. None of the positions were for his department. He let out an annoyed huff. They were understaffed, but money was tight.

Both Victor and Stanley Daigle, another physicist, had surprised the Dean of Physics at MIT when they announced they were applying for a grant through Whitting to dig deeper into the many-worlds interpretation, the Anthropic Principle, superlaws, quantum gravity and wormholes. That had been over ten years ago.

The peace in Victor’s office shattered. Buffy jumped to her feet as Victor’s eight-year old son ran into the room.

“Dad! Dad!” Victor swiveled in his chair. Darren, his replica, crashed into his legs.

“Guess what, Dad!” Darren could barely contain his excitement.

“We’re being attacked by Martians? We won the lottery?”

“Whoa. Sounds like one of those Internet scams. Where’d you get that information?”

“Bobby sent me this email with all the details. Come on, I’ll show you.” Darren grabbed Victor’s hand and tugged him out of his chair.

Victor allowed Darren to pull him away from his work. Buffy trotted down the hall, ahead of them, looking over her shoulder periodically to make sure they were following. 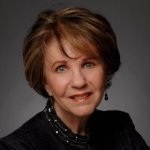 Author Description: Dawn Ireland is the CEO of Artistic Origins Inc, a 100% woman-owned publishing company that has been doing business since 1995. She's the award winning author of The Puppy Baby Book and Mastering Your Money.

Hot Chocolate her new wickedly funny cozy mystery novel is collecting 5-star reviews on Amazon. It is the first in the series, and her fifth novel. Stay tuned for Bitter Chocolate (she posts updates of her progress on Facebook).

Originally from Feeding Hills, MA, Dawn migrated to San Antonio in 1968, then when her first son was one year old (1971) her family moved to Houston where work was more plentiful.

Dawn is the co-author of the animated screenplay Memoirs of a Dog (with Barbara Mackey) which won the Spirit Award of the Moondance Film Festival (children's category) 9/2011. Her dark comedy Plan B was a finalist in the Table Read My Screenplay script competition in 2010. Mastering Your Money won the New England Book Festival eBook category in 12/2008. Melody, A Girl and Her Dog, and Passage were finalists in the Worldfest Int'l Film Festival Script Competition in 2005.

The Puppy Baby Book was proclaimed a finalist in the prestigious IPPY book competition (2001) less than 90 days after publication.

And years before any of these successes, Standing Dead won the Women in Film and Television (Houston Chapter) screenplay award in 12/99.

So many people have asked what she did to win the awards and get so many 5-star reviews on Amazon that she took action: like a good technical writer she wrote a set of instructions. Using PowerPoint creating 177 narrated slides titled How to Publish an Award-Winning Book. This is every writer's personal guide for creating the best book or report without overlooking critical details.

Dawn has been a member and benefactor of Women in Film and Television (Houston) for decades. Her day job is Sr. Technical Writer for an oil company. 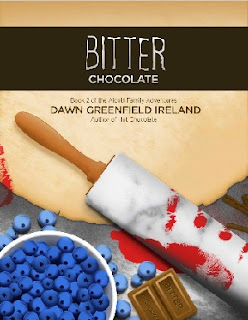 Bitter Chocolate - Book 2 of the Alcott Family Adventures - Hot Chocolate 1
The characters you loved in Hot Chocolate are back with more escapades of life in Houston’s wealthy River Oaks.

Bernie, the Alcott sisters’ 92-year old father, decides he wants his Bentley back. The sisters and Bambi are horrified. They hire Joseph’s cousin Chewie as Bernie’s new chauffeur.

On her day off, Amelia decides to bake a chocolate blueberry pie. She discovers she needs to make a grocery run. When she returns home, she discovers her kitchen door is slightly ajar. Arms loaded with groceries, she toes the door open.

Three things catch her attention: a vase of flowers on the kitchen island that was not there when she left the house, her marble rolling pin covered with blood… and a dead body on her kitchen floor.

Amelia’s eyes drift toward the dining room and beyond – is the house empty, or is there a murderer in the house? She backs up, turns and hurries outside. After setting the bags on the ground, she slips back into the kitchen and snaps a picture of the dead guy. Then she calls Detective Chance Walker, Lila Mae and finally… 9-1-1.

Order the Book From:
Amazon 
Audible 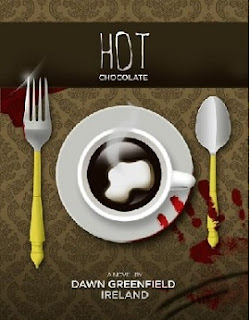 Madge ambushes Lila Mae with Dorothea's manipulative plea: she can't care for Bernie, their 92-year old father, any longer. Lila Mae explodes in a hissy fit--she had warned Dorothea years ago that they should put Bernie in an assisted living center.

The sisters call a meeting with Walter Branson, their solicitor. They discuss Bernie's nurse Bambi Chaline, a blonde bombshell who looks more like a hooker than a nurse. The sisters fear that Bambi has her sights on being the next Mrs. Alcott and the need to separate her from their father is at critical mass.

Arrangements are made for Bernie to be transferred over to Lake Sides Assisted Living Center in the Uptown Galleria area and a severance package is drawn up for Bambi. Out from under the ever watchful eye of Dorothea, Bernie takes to the Lake Sides social scene like a butterfly to sugar-water. He's the best dressed senior and chases the nurses relentlessly. He may be 92, but he's a handful.

Jimmy Ray Chaline, Bambi's bowling alley husband, is enraged that Bambi was let go. He hires ambulance chaser Mark Slade to file a lawsuit for wrongful termination. Bambi had been more than satisfied with her bonus, letters of recommendation and praise from the Alcott clan. She does not want to sue her former employer and the Alcott chocolate empire.

Jimmy Ray's eyes dazzle as Mark Slade convinces him that the court will award Bambi millions. The judge dismisses the suit as frivolous and it is thrown out of court further fueling Jimmy Ray's rage. He's shocked when the callous attorney demands his bill be paid upon receipt.

When Jimmy Ray fails to return home from the bowling alley that night, a series of events unfold that shocks the entire Alcott family and their extended members.

Who killed Jimmy Ray Chaline? Was it Bambi, his innocent looking wife? Could it have been Tilly, Walter Branson's half-looped niece who had a mysterious relationship with Jimmy Ray? Or was it Dorothea Divine - the weapon came from her house where Bambi worked for three years.

The Alcott clan is in turmoil and no amount of chocolate will soothe their nerves until they solve the mystery and Dorothea is off the hook. 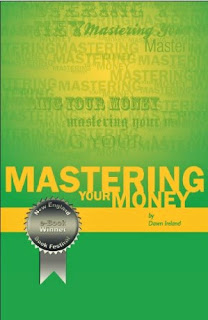 Mastering Your Money
If you or someone you know is constantly coming up short of money in your checkbook, or if you have checks bouncing like basket balls, Mastering Your Money will take the mystery out of maintaining your checkbook. You will soon learn:
* How to create a budget.
* Why checks bounce (Hint: you contribute to this).
* What happens when a check bounces.
* How to make your check register your financial guru.
* And how to maintain your checkbook so you can safely use online banking without disasters.
This book is perfect for:
* Young people getting started on their own.
* High school and college students.
* People starting over.
* Anyone thrust into the role of responsibility for their household.

Order the Book From:
Amazon 
Barnes and Noble
Author Direct 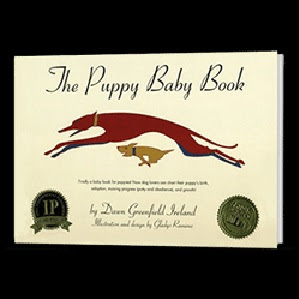 The Puppy Baby Book
This unique fill-in-the-blanks book gives dog lovers the same opportunity to chart their puppies growth and progress, as parents of infants do with their baby books. Now, as your puppy grows, you can document:
*Where the puppy was born
*The birth parents names and breeds
*Who the puppy resembles
*Where the puppy was adopted from
*Puppy's first meal
*The puppy's playmates
*When potty training took place
*Obedience school classes
*Favorite things to do
*What vitamins the puppy takes
*Medical records
*Medical emergencies and blunders
*And much more There is a keepsake pocket for the first rabies tag after it expires, a page where you can place your puppy's paw prints, a pocket to keep the adoption papers, a placeholder for an adoption announcement card, a first aid kit list, and picture placeholders throughout the book. You will be able to write what you did with your puppy on special days throughout the calendar year from New Years day to Hanukkah and Christmas -- 23 occasions in all.

Order the Book From:
Author Direct 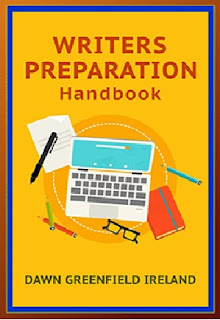 Writer’s Preparation Handbook
You want to write a book, but you don’t know the first thing about getting started. Will it cost you money to create a book? How should you begin? Maybe you’re not that computer savvy. This course helps you get everything organized so when you sit down in front of that computer you will not be intimidated by the setup and mechanics of getting started. You will be able to dive into writing your book content and, you will make great progress as you challenge yourself to write more and more each time you sit down at your computer. The great thing is, you will learn some neat tips and tricks along the way to make your book dream come true.

Order the Book From:
Author Direct

Check out the index of other Spotlight authors. Spotlight Index.
Posted by James Moushon at 7:02 AM